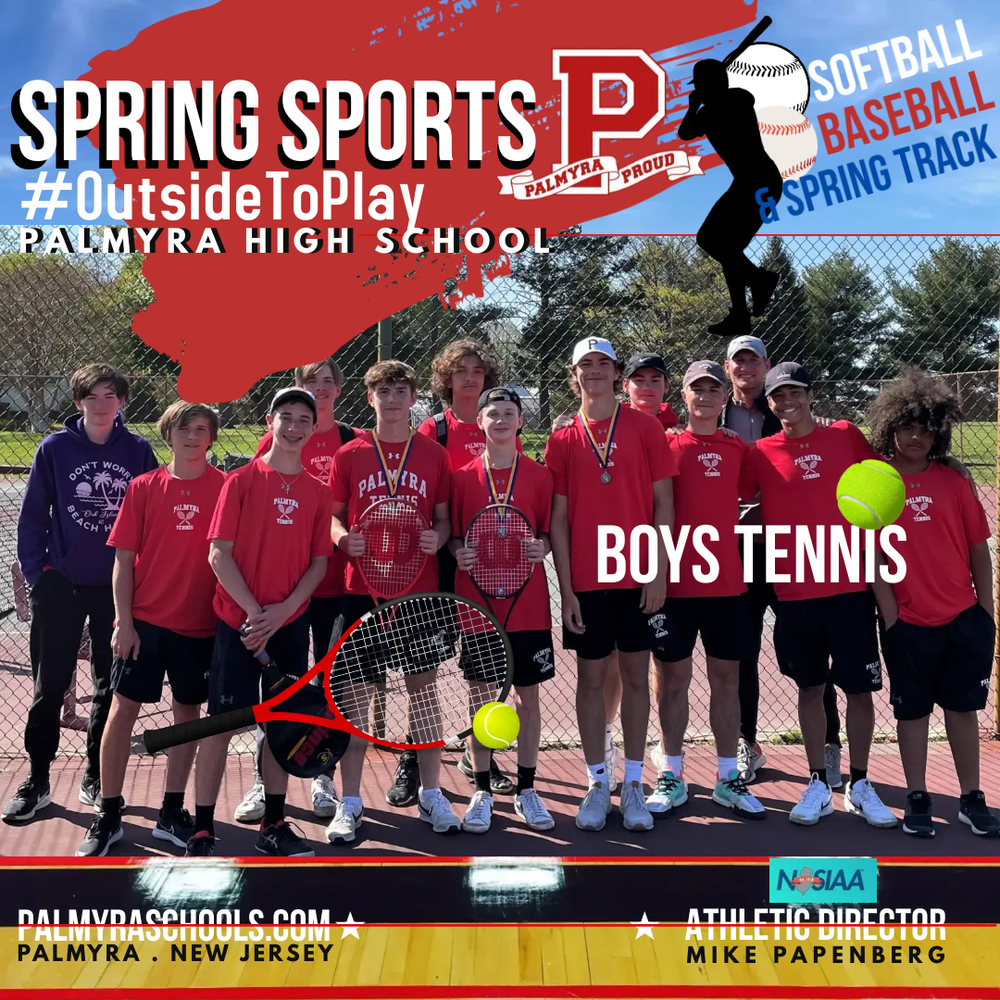 Good Morning Palmyra!  Our Spring Sports and our athletic competitions for the 2021-22 School year are winding down, not too many more updates for the year after this! Here is how our athletes performed last week:

Congrats to the Boys and Girls Track and Field Teams who competed at the BCSL Divisional Championships at Pennsauken High School on Saturday and both teams literally RAN away with BCSL Championships!

1stplace finishers for the boys included:

The Baseball Team had a 1-1 week.  After a loss to Camden County Tech Sicklerville on Tuesday, the boys responded by demolishing Doane Academy on Wednesday by a score of 17-1.  Freshman Steve Peltz was the winning pitcher, throwing 6 innings and striking out 4.  The boys are now 8-5 on the season.

The Softball Team also had a 1-1 week.  After a playoff loss to Florence on Monday, the girls were able to crush Willingboro High School on Thursday, 19-0.  Juliana Rex had 4 hits and 4 RBI’s to lead the attack.  Molly Jackson had 3 hits and 2 RBI’s.  Maria Dixon was the winning pitcher, pitching 5 innings and striking out 10.  The girls are 8-13 on the season and will finish their season on Tuesday against Haddon Township High School at Legion Field at 4PM.

The Boys Tennis Team won their lone match of the week, defeating Pemberton High School 4-1.  The boys are now 7-6 on the season and will travel to Woodstown High School today for their NJSIAA 1st Round Playoff Match.

The Middle School Boys and Girls Track and Field Teams completed their season by competing at Voorhees Middle School on Thursday.

Here's this week’s upcoming schedule!  #GoPANTHERS! For future schedules & other information find us on PalmyraSchools.com